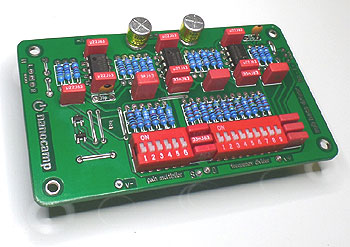 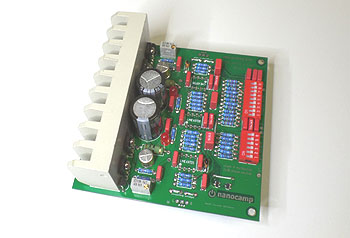 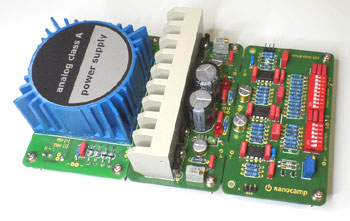 The sub driver generates the analog deep bass signal for the subsequent amplification from the stereo input. Correction and pre-filtering are done without gimmicks. The limit frequency, which is designed for a reasonable range, and the level for adaptation to the satellites are set. We do not use inequalities, scattering or inhibiting layers of coal from Pots. 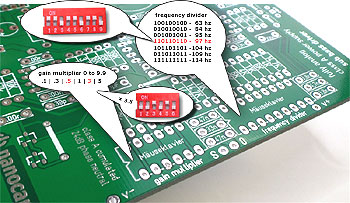 Two phase-shifted signals are available at the output. An existing stereo amplifier can be used symmetrically - each stereo channel receives one signal, the speaker is then connected to both "plus poles" L + R. Prerequisite: The stereo power amplifier has no capacitors in the signal at the output. Any mono amplifiers are operated at one of the two outputs if they do not have a balanced XLR input. 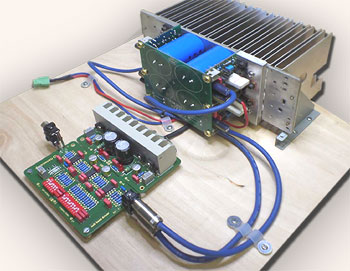 The experimental setup shows the sub driver in a balanced arrangement with two SAC amplifiers. Since the transformer for the output stages (not in the picture) also supplies a reduced auxiliary voltage, the sub driver with Class A power supply was chosen here but without its own transformer. The class A voltages are looped to the side in the sub driver in order to be able to connect further pre-stage components.

SAC amplifiers for the drive of the satellites remove low-frequency loads by changing only one capacitor without additional active crossover.