My focus has long been only on the CD players from Philips. But then I noticed this shapely case. This is the Bang & Olufsen CDX type 5121. Responsible for this still futuristic looking CD player with dark tinted glass and aluminum was the former B & O designer Jacob Jensen. The CDX was controlled by touch-sensitive panels in a LED illuminated, dark glass cover. He was way ahead of his time. 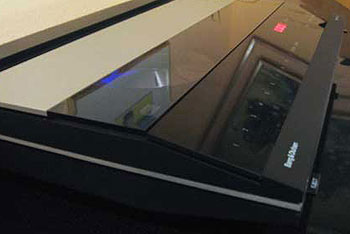 About ten years ago, the first personal computers for home use, such as the Commodore PET2001 or the Sinclair ZX81, already had a membrane keyboard. But these keyboards were impractical and gave rather the impression that the developers had to save up. The CDX, on the other hand, looks classy, high quality and elegant. I am not aware of any other device from this era that convinces with such a timeless look. If you compare modern technologies with "touch screen control, for example smartphones, you quickly realize that their design and ergonomics are by no means an improvement 30 years after the CDX. 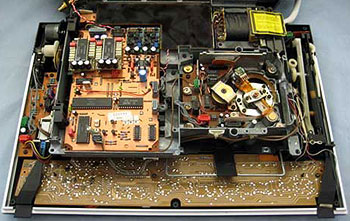 When I examined the first CDX, my astonishment was great. Not only because of the complexity that showed up after disassembling of the lower housing cover. He has in addition to the CDM-1 drive an identical to the CD 104 servo and converter board. These boards are installed in a similar to the CD 100 Zinc Casting Basket.

I had already occupied myself with the toploader CD 100 and its relatives. But they did not have the desired conditions for a conversion with all the desired modifications. Therefore, my conversions focused on the CD 104 and its largely identical inside brothers. The CDX seemed all the more interesting to me when I discovered that it was equipped with the excellent CDM-1 drive and the Type P 14-bit TDA 1540 converters. 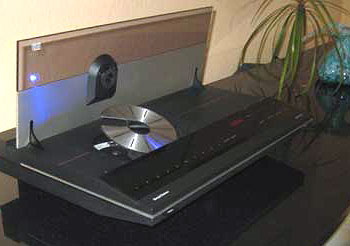 That promised a - compared to the CD 100 - more mature technology and better functionality. The CD player from B & O convinced me twice: It not only delivered the excellent simultaneous data format, but also an extravagant look. In hardly any other CD player, however, the assembly and the modification is so elaborate. The low height requires compared to the space miracle Philips CD 304 an extremely accurate selection and planning of the materials used. Even the seemingly trivial attachment of a new power cord and cinch sockets requires great care. 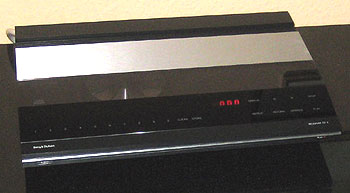 But the special effort with this CD player and the numerous working hours are rewarded with outstanding sound and a unique look.