Attenuator - step switch 28 switching steps for the level setting. Equality of the stereo channels in all positions. No tonal disadvantages due to layers of carbon or conductive plastic. Consistent resistance for the sources through ladder switching - a series and a parallel resistor are connected, which together form the total resistance 10K ohms for the source. Pure copper with 28 hard silver-plated switch contacts protected under a transparent bell. 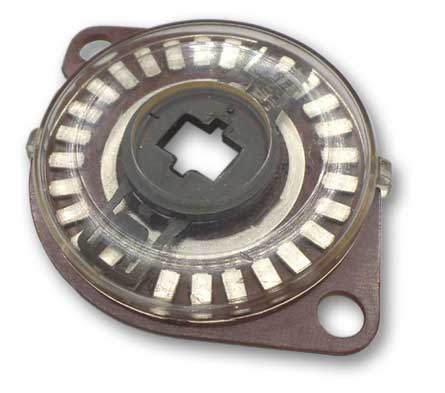 The level increase is selected more sensitively in the quiet area in order to use the control range sensibly. The internal wiring is made with solid-core pure copper. The 5 possible sources are switched in the same quality. The housing is in brushed acrylic silk matt or in old Belgian oak natural. The smoked glass-colored housing cover offers a subtle insight into the mechanical signal boxes. At just under 21 cm, the width corresponds to a 1/2 standard HiFi dimension. 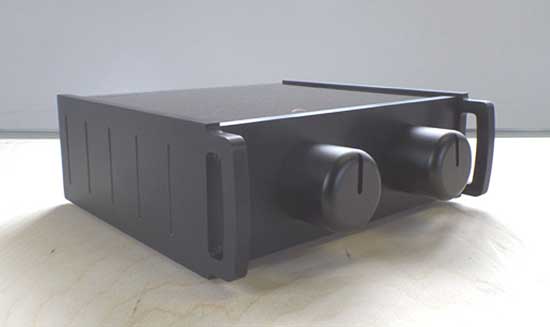 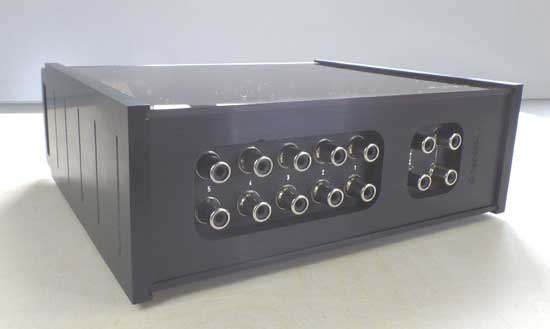 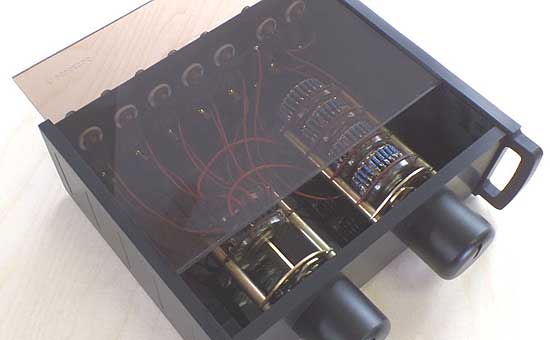 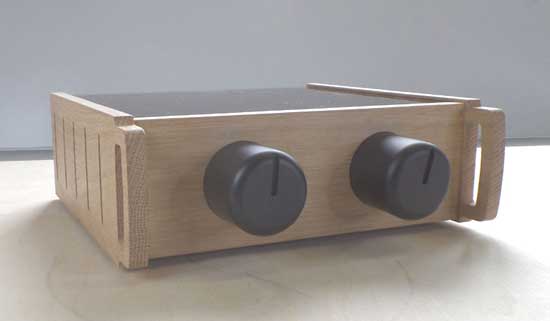 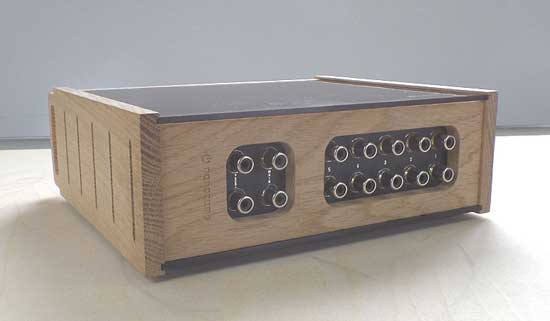 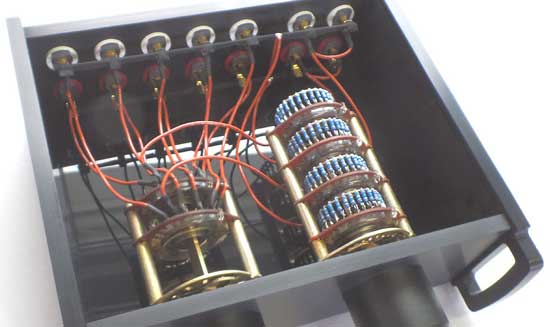 Potentiometer
Industrial audio devices use a potentiometer with wiper contacts almost without exception. Basically, such a grinder pot has design-related disadvantages - regardless of its price range. Simple models come up with a channel inequality of 20%, especially in the quiet listening area. Better models can only halve this tolerance. What remains is the typical inherent sound of the long resistance layer and poorer noise behavior. With a simple option for remote control using a motorized potentiometer, the cheapest option.

Relay circuit
Current relay attenuators with networks of individual resistors can circumvent channel inequality, but have other disadvantages due to the addition of several material changes. Depending on the number of resistors connected in series, their inherent noise adds up. Depending on the number of relays connected in series, there is also a crackling when switching. Controlled relay circuits can also be remotely controlled using a motorized potentiometer.

Step switch - series connection
With just one switch contact, the crackling of relay attenuators is eliminated and channel equality can also be achieved. The total resistance - sum of serial and parallel resistances - is the same in all switching positions, a negative impairment for source devices is excluded. Due to the series connection of several resistors depending on the switch position, the summation of the inherent noise is disadvantageous as with relay attenuators. Example: In the middle position, half the total number of switching stages on individual resistors is in series in the signal path, the other half is parallel to ground. Remote control requires a processor control with its own position measurement for all tap changers, a simple DC motor like a motorized potentiometer does not offer sufficient function here.

Step switch - shunt circuit
As with the series connection, the shunt circuit requires only one switching level per stereo channel. Channel equality is ensured by identical resistances per switching position. Since only one and the same resistance is always in the signal path and the attenuation is achieved by a different resistance to ground, the noise behavior is better than with the aforementioned attenuators. However, the total resistance varies depending on the switch position, which is disadvantageous for source devices with a transformer in the output.

Step switch - ladder circuit
The best switching principle for attenuators but also the most complex, since two levels have to be switched per stero channel. In every switch position, both the serial resistance in the signal path and the parallel resistance to ground are changed, both form an almost identical total resistance for the source device. The noise behavior and the channel equality is good as with a shunt circuit. 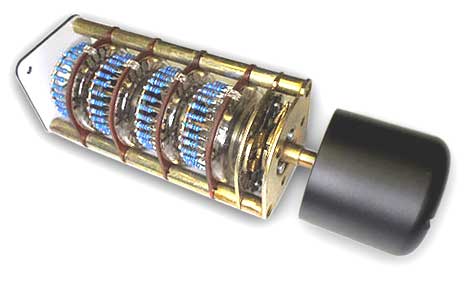