Operational amplifier for the analogue converters TDA1540 and TDA1541A. CD players usually contain double operational amplifiers with two amplification stages in one housing, following the analog converter. One half is responsible for the voltage conversion of the audio signal, the other half is used for stabilisation with an upstream low-pass filter. However, these very different tasks are performed by identical halves. The OP-amp metronom combines two different individual OPs on one board as a direct replacement. 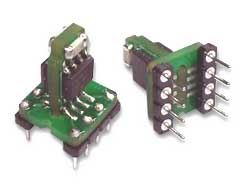 
Selection criteria
Following the converter I recommend an AD825, then as filter and buffer an OPA604 - i.e. a double OP-amp with different equipment each half. This equipment is suitable for all CD players with double op-amp without any changes in the circuitry as a plug'n'play replacement. If you are able to change the circuitry in the CD player, choose a version with THS4031 instead of AD825. In this case an additional resistor must be added in series to a capacitor, which is located between the converter and the op-amp.


Different connections in CD players can e.g. Use either the first or the second half of a double op-amp first. Most devices require two double op-amps.

Questions about other models please via email. 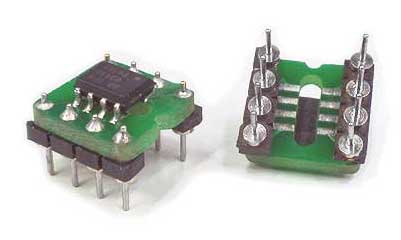 Note
Sought-after operational amplifiers are offered individually at the auction house at prices below those of the manufacturer. Checked offers were wrongly printed and could be identified as cheap NE5532/NE5534. Our operational amplifiers are exclusively purchased from the manufacturer's distributor. They are originals and therefore higher in price than counterfeits without adapter boards and low-mass solder pins.